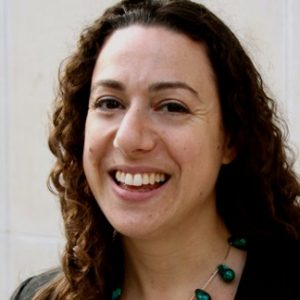 Hannah is an expert in performance improvement, change management and facilitating stakeholder engagement. Specializing in cultural transformation and performance-based decision-making, she combines leadership development with performance measurements to ensure that any organization-wide change effort is effective and sustainable. Hannah has been a key advisor to the U.S. Navy, major oil and gas operators, and healthcare organizations, shepherding them through major change initiatives, using new technologies and restructuring efforts.

With an MBA in International Business from Emory University’s Goizueta Business School, Hannah is a trained executive coach and certified facilitator. She put these skills to work as a management consultant and project manager with RLG International. She has worked with executives of large industrial companies and the U.S. government to develop methods to bring down costs and increase productivity. The results were savings of millions of dollars on large-scale projects.

Before founding Conscient Strategies, Hannah was a director at a boutique consulting firm, where she led the company’s collective impact engagements with national nonprofits. Previously, she was program manager in Angola with the MBA Enterprise Corps, where she helped augment the capacity of small and medium enterprises to better serve and supply the oil and gas industry. She garnered a total of $4.7 million in contracts for local businesses from BP, Chevron, ExxonMobil RocOil and Sonangol.

Before her stint in Africa, Hannah worked for The Carter Center in Atlanta, where she partnered with the U.S. government, World Bank and United Nations to create development plans in Albania, Guyana, Mali and Mozambique. She oversaw an $8 million budget for headquarters and field operations with a staff of 30.

In addition to her MBA from Emory University’s Goizueta Business School, she holds a BA in International Affairs from The George Washington University. A native English speaker, Hannah is also proficient in Hebrew and Portuguese. She received an ILM Level 7 Executive Coaching Certification and is a Certified Facilitator.