In the Deal Makers Series, we interview leaders, experts, and innovators in the Merger & Acquisition and the Private Equity space about how they get successful deals done. The series highlights perspectives of investors and buy and sell-side advisors working across industries and geographies.

What is your current role, and can you tell us a little about how you got there?

My practice is primarily focused on general corporate and business law, mergers and acquisitions, transactional planning and structuring, and business succession and exit planning.

I’ve always been interested in business. I pursued a Corporate and Securities concentration in law school after studying business as an undergrad. I’ve spent my entire 20-year legal career here at SmolenPlevy.

Tell us about a typical client for you. What does the work with them consist of?

My clients are primarily owner-operated businesses, meaning the owners are also key executives, managing not only the strategic goals of the business, but the day-to-day operations as well. Most are service providers—consultants, software developers, government contractors, or professional firms.

You’ve worked on a variety of acquisitions and other deals. What are some factors that contribute to a successful merger or acquisition?

In general, bringing legal counsel in early contributes to successful deals. We focus on the process and the documents involved with the deal to help clients avoid unfavorable terms/the “uh-oh” moments.

Clients tend to focus heavily on the financials and—particularly for sellers—the sales price. We help them understand everything else involved in the transaction. When we’re brought in prior to signing the letter of intent or before discussions begin, we explain the terms for confidentiality agreements, binding and nonbinding clauses, tax issues, and ways for buyers to pull back money through indemnification provisions.

Purchase agreements tend to be much longer and more involved than first-time business sellers are expecting. They are not simply glorified letters of intent.

On the sell side of transactions, deals are successful when clients understand the factors involved before and after the sale. The seller needs to think about what they want for themselves. For instance, are they really prepared to work for someone else after years, decades even, of working for themselves or with a handful of partners, even if only for a short period after closing?

The company culture after closing is rarely considered. Target companies often go from operating in a smaller environment to operating in a much larger one. Employees who are used to having direct access to the previous owners on a daily or weekly basis may no longer know the new owners and may find there are two to three layers of management between themselves and the top decision makers.

Are there any common lessons or themes you’ve seen in deals that are not successful?

Less successful deals usually go bad within the first year after closing, even after all parties spent months, even years, working on the deal. Financial issues tend to cause most problems, but unpredictable events do occur—for example, the COVID-19 pandemic.

When I say deals go bad, I mean that the deal does not achieve its objectives if the target company fails to realize its potential post-closing. Buyer’s usually have a “theory of the deal,” the strategic goal the deal is meant to accomplish, but often overlook aspects of the target company that could impact achieving that goal.

How often do these problems become clear before the transaction is complete, versus once the deal is done?

Problems usually become clear after the deal is done and the real integration work begins. Often, the information was there before hand and not identified as a problem. There may have been a “pink” flag, but not something the parties really honed-in on. It’s rare to experience a brand-new problem that, looking back, wasn’t somewhere in the due diligence process or deal documents.

But as the recent COVID-19 crisis has shown, it is impossible to foresee every potential problem in advance. COVID-19 was a brand-new situation that none of us had experienced. But with a quick and successful switch to remote work for many companies, what at first seemed like a situation that could cause deals to go bad turned out not to be the case.

Good deal documents protect both the buyer and the seller, and fairly allocate the risk if an issue does arise.

To the end of avoiding problems and mitigating risk pre-deal—as you advise on a transaction—is company culture typically seen as an important part of due diligence?

Honestly, I would say that company culture is almost never on a due diligence check list.

There is usually an “HR/Employee” section that mostly consists of checking a few boxes regarding payroll systems, employment agreements, non-compete covenants, NDAs, etc. But buyers rarely do a deep dive into company culture, to their detriment because it is such a fundamental aspect of the success of a transaction.

Often, organizations start to address cultural issues only when there is a problem. In an ideal scenario, when would leadership and culture come into play for an M&A deal?

Ideally, cultural considerations would be part of the due diligence checklist to expand on the review of things such as employment contracts and nondisclosure agreements. Analysis to evaluate the workplace can include factors such as cultural norms regarding approaching senior leaders, how or whether ideas are allowed to bubble up from lower levels, the level of obedience required, and what collaboration looks like.

When looking at a deal, most buyers and sellers don’t consider their respective leadership styles.

Most owners expect key people to be successful on the other side of the transaction. But, if the acquired company’s culture is more collaborative and the buyer’s company culture is more authoritative, those key people may not be in an environment that will allow them to thrive. The buyer will not have the same workforce after closing if that situation results in significant attrition.

Have you ever seen leadership and culture drag down a deal or hinder growth? What did that look like?

Transactions often don’t work if the buyer doesn’t understand the company they acquired. There can be a tendency for buyers to move on to the next deal. That may be fine if the leadership is in place to allow the acquired company to run on its own. But if the acquired company needs attention, then ignoring it is not going to produce the intended goals.

How about on the flip side? Where have you seen strong leadership or culture drive growth?

Strong leadership is essential to the success of an owner-operated company. My clients are mostly well-established businesses with strong, focused leaders. They know their business and their people well. They understand the people behind the numbers; that their people make the business work. Culture influences how the company operates and communicates. That’s what needs to be integrated after the sale.

In the successful deals I have seen, the buyers understood what they were buying and how best to integrate the new company and its employees into their operations.

As you think about the next few years, and the evolution in your field, what are you most excited about?

I am curious to see what “normal” looks like as businesses try to bring employees back to the office. What will company culture look like?

The M&A environment has remained active and moved along well during COVID-19. There are still plenty of buyers looking for targets. Baby boomer owners still want to sell their businesses. I expect this momentum to continue. •

We’re so grateful to Scott for sharing his expertise and insights on M&A. Check back here for future installments of the Deal Makers Series! 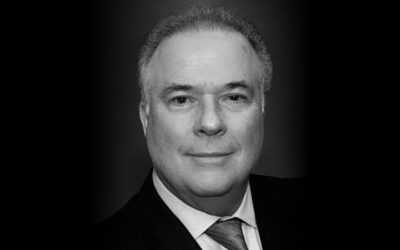 “One of the main reasons we have success is we bring the appropriate buyer to the table…Sharing the philosophical perspective supports the transition, ultimately decreasing potential unintended roadblocks.” For the most recent installment of our Deal Makers series, we interviewed Jack Hendler, CEO of Avalon Net Worth, an independent investment banking firm.

END_OF_DOCUMENT_TOKEN_TO_BE_REPLACED 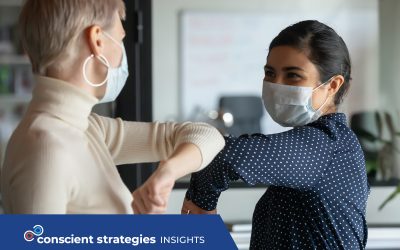 Connection before correction is imperative for leaders. When people feel connected to you, they will be more likely to support you and receive your feedback. This concept is easy to understand, yet so easy to overlook.

END_OF_DOCUMENT_TOKEN_TO_BE_REPLACED

“It is very cliché, but—it is all about people. Numbers are important, but what makes numbers better? People.” What makes for a successful acquisition? How do you identify good leadership?